Finally made more videos. Better late than never, I suppose.

I drew this guy this evening. I used this painting as a reference because I had never drawn a pug before, but I think I’ve got the hang of it now.

I’m rather pleased with how he turned out as a first go. =]

So I had to go to the doctor today for more than just my check-up. Thanks to my wonderful Aunt Pat for taking me on such short notice.

I have had horrible migraines every single day for over 2 months. Now, I have had migraines for like a decade, but they’ve been just unbearable lately. Making me vomit and cry, which are two things I NEVER do. I’ve been on a diet of ibuprofen and coffee because they are the only things that help at all. My insurance is really awful about what they’ll give me for medication. The one thing that worked, Zomig, they will no longer give me, and what they do give me doesn’t work as well and I’m only allowed 6 pills a month. What the hell?

But anyway, I planned on just discussing the migraine issue with her at my check-up on the 24th, but something else cropped up.

For three days now, I have been extremely dizzy. So dizzy that standing up is difficult and everything looks like it is breathing. I woke up Monday morning and stumbled into the wall and it hasn’t let up since. The right side of my body feels heavier than my left, and when I look at something up close it takes me a few seconds to focus on it.

For the first two days I just thought that it was some weird thing that would pass, but since it is persisting, I decided to go to the doctor. She normally doesn’t see patients on Wednesdays, but thankfully once she heard what was going on she came in to see me.

She was worried that I might have had a stroke or something, but thankfully we don’t think that is the case. My neurological functioning seems to be normal, and since I’m not vomiting she doesn’t think there is pressure on my brain. She wants me to get an MRI here in the next couple of days once my insurance approves it. Until we can find out what’s wrong, she’s given me a medication for vertigo to hopefully make the next few days bearable.

She is also going to try to convince my insurance to give me the Zomig again, and she’s written me a prescription for Vicodin for when the migraines become unbearable. I have never wanted for take stuff like that, but I guess when things are that painful that is what it’s for, right? =

Anyway, hopefully I’ll know what’s going on soon. I feel a lot better now that we are reasonably sure that it wasn’t a stroke or something, but it’ll be really nice when I stop feeling like I’m on a non-stop rocky boat ride or a really crazy acid trip. 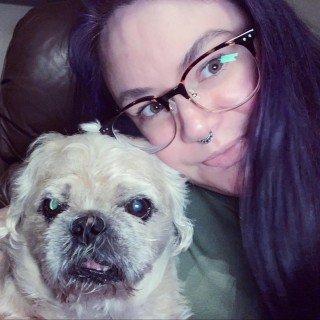